The historic maps of this site at Ards, Creeslough reveal a historic clachan settlement close to the proposed site location. We developed a design which took inspiration from the indigenous Irish clachan. Clachan’s were historic cluster developments which grew in an organic way, as building were added they provided shelter to others. By reducing the house into two elements with differing heights we have replicated the essence of the clachan typology. 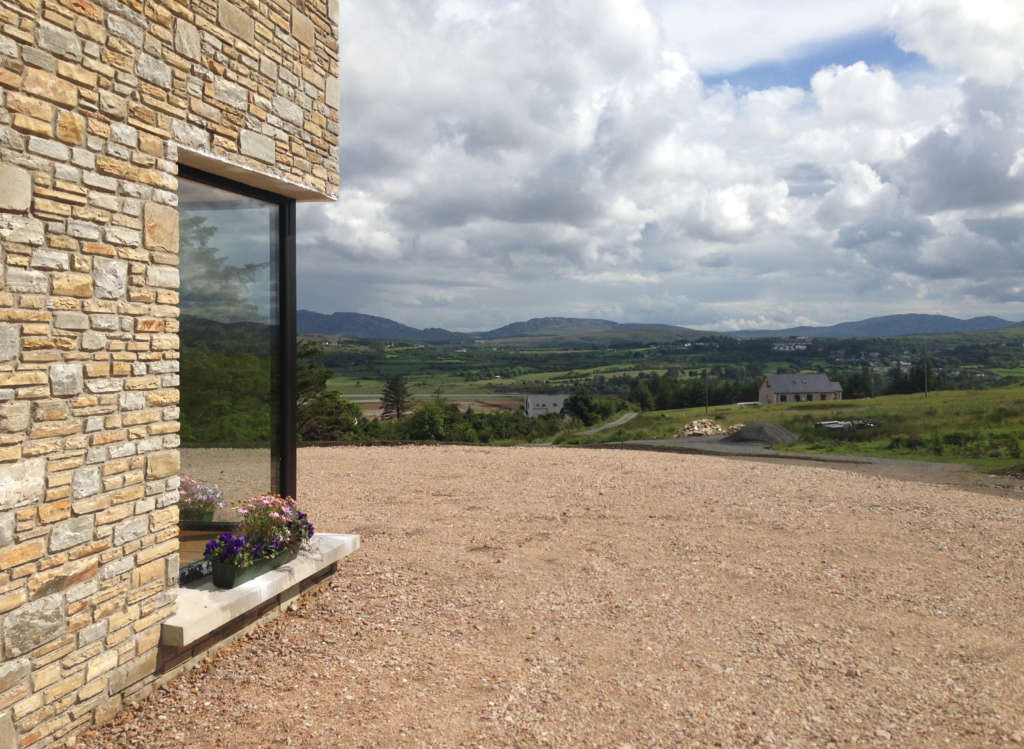 The house itself is bedded into the slope of the land and which helps integrate the building into the landscape while providing a sheltered and low impact entrance. The project has a traditional materials palette, one mass of the dwelling is clad in locally sourced stone with the smaller mass finished with white render and a natural slate roof finish. 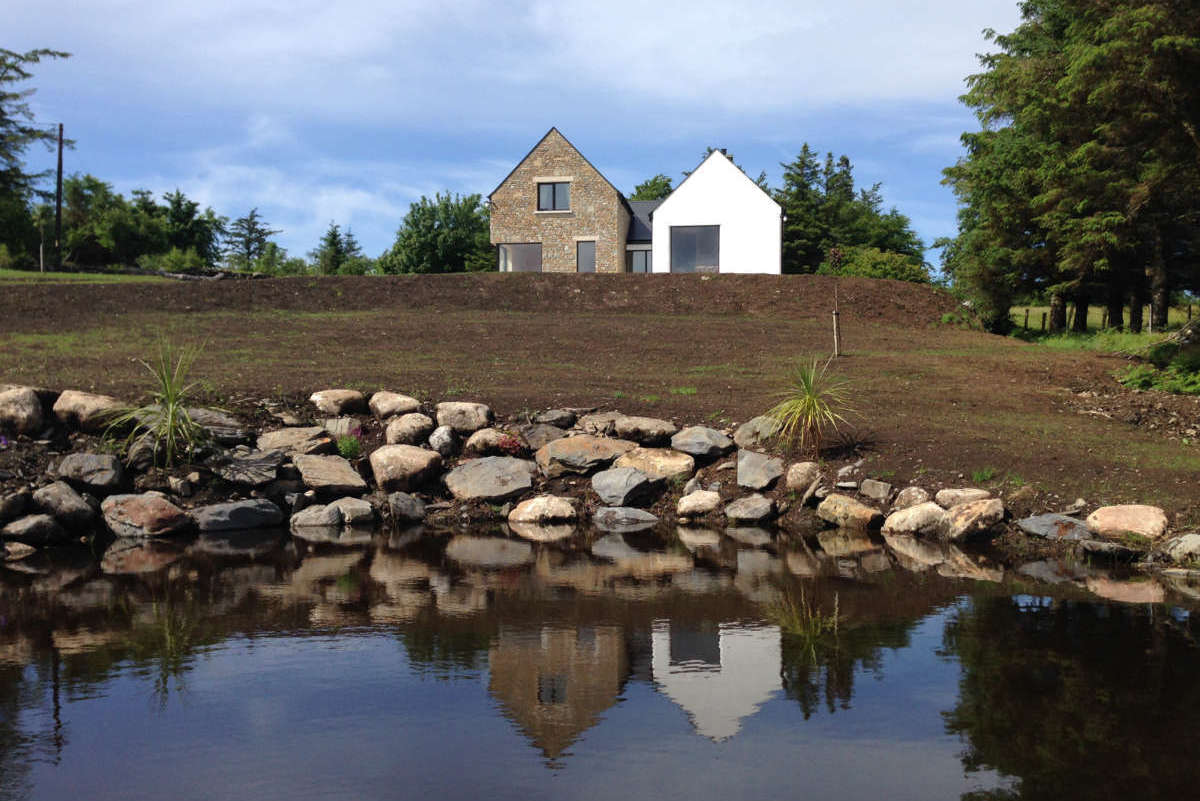